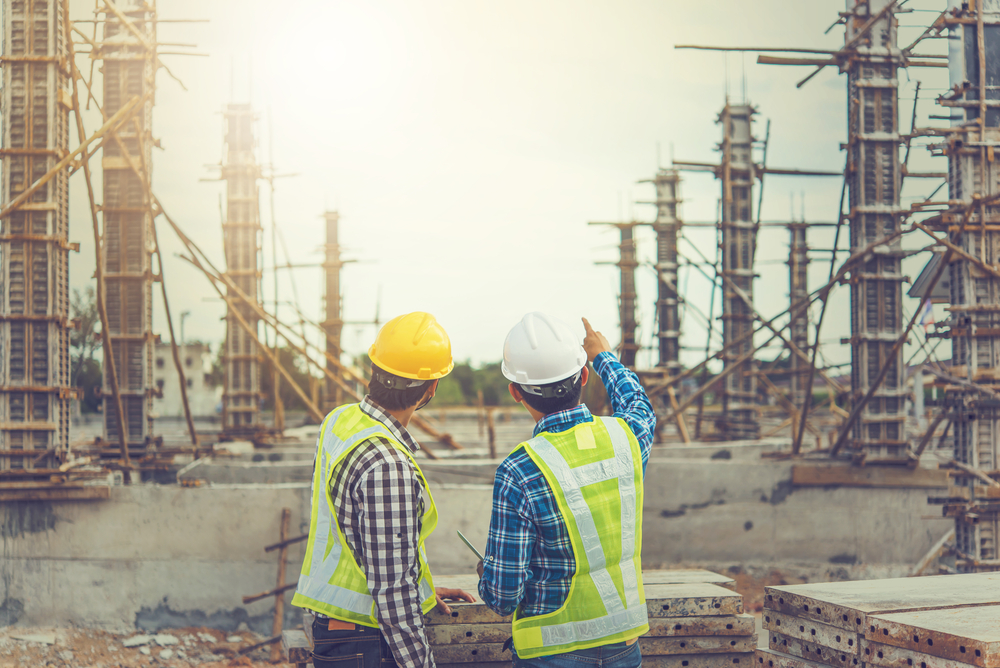 In this interview, Brian Behlendorf explains that the goal for the best-run open source projects isn’t just to solve some technical problem in an open way, but to be a long-term bedrock foundation for a software ecosystem.

JAX London: Open source is crucial for the success of a lot of projects. Could you talk about why blockchain needs open collaboration from an engaged community?

Brian Behlendorf: I believe we are heading towards a future full of different blockchain ecosystems for different purposes. Many will be public, many private, some unpermissioned, some permissioned – and they’ll differ in their choice of consensus mechanism, smart contract platform, security protocols, and other attributes, and many will talk to each other. To keep this from becoming a confusing mess, or a platform war, collaboration on common software infrastructure is key. The Open Source communities behind Linux, Apache, and other successful platform technologies have demonstrated how to do this successfully.

The beauty of cross-company and industry open source projects is that organizations can share the unprofitable and unsexy work of building the libraries and standards, which underlie systems. A shared code base also serves as an excellent way of concurrently building a standard for coexisting on a blockchain. Hyperledger aims to provide tools for communities to build their own chains, rather than driving everyone to one chain. Much like the Apache web server project drove people to build their own websites, rather than encouraging everyone to just use one big site.

The goal for the best-run open source projects isn’t just to solve some technical problem in an open way, but to be a long-term bedrock foundation for a software ecosystem. This is what the blockchain community needs today, and that’s why Hyperledger exists.

JAX London: Could you tell us a little more about Hyperledger?

Hyperledger is an open consortium bringing together a community of organizations and individual developers to establish protocols and standards to improve the performance and reliability of blockchain technology. Hyperledger aims to provide tools for communities to build their own chains, rather than driving everyone to one chain. We envision a world of many chains, some public like the crypto-currencies and some “permissioned” – like you will likely see in healthcare settings. By developing a common distributed ledger technology that is shared, transparent and decentralized, the possibilities are endless.

Hyperledger aims to provide tools for communities to build their own chains, rather than driving everyone to one chain.

JAX London: According to a recent report by the European Parliament, blockchain could change the lives of EU citizens (and not only). What’s your take on that? What is its potential impact?

Brian Behlendorf: In the early 1990’s, there was a fairly compelling sense among those who were building the first web software and web sites that this was going to “change everything”, by changing the fundamental cost and process of accessing and sharing information. We could not have specifically predicted Amazon, Google, Facebook, etc., but I think that sense that the laws of physics had somehow been altered was clear, and the ramifications would take a long time to play out. That seems to be the case here – it seems like any industry that touches transactions – e.g., all of them – will be impacted in one way or another.

What this means for consumers is anyone’s guess – will it mean being able to manage your personal healthcare records through a “wallet” of some sort? Possibly. Will it mean inter-bank or even international payments settle immediately rather than over the course of days? Pretty definitely. Will it mean the provision of government services – particularly when it comes to property registry, permits, voting registration, and other process/transactional touch points – will that dramatically change? Hopefully! But specifics will prove elusive. 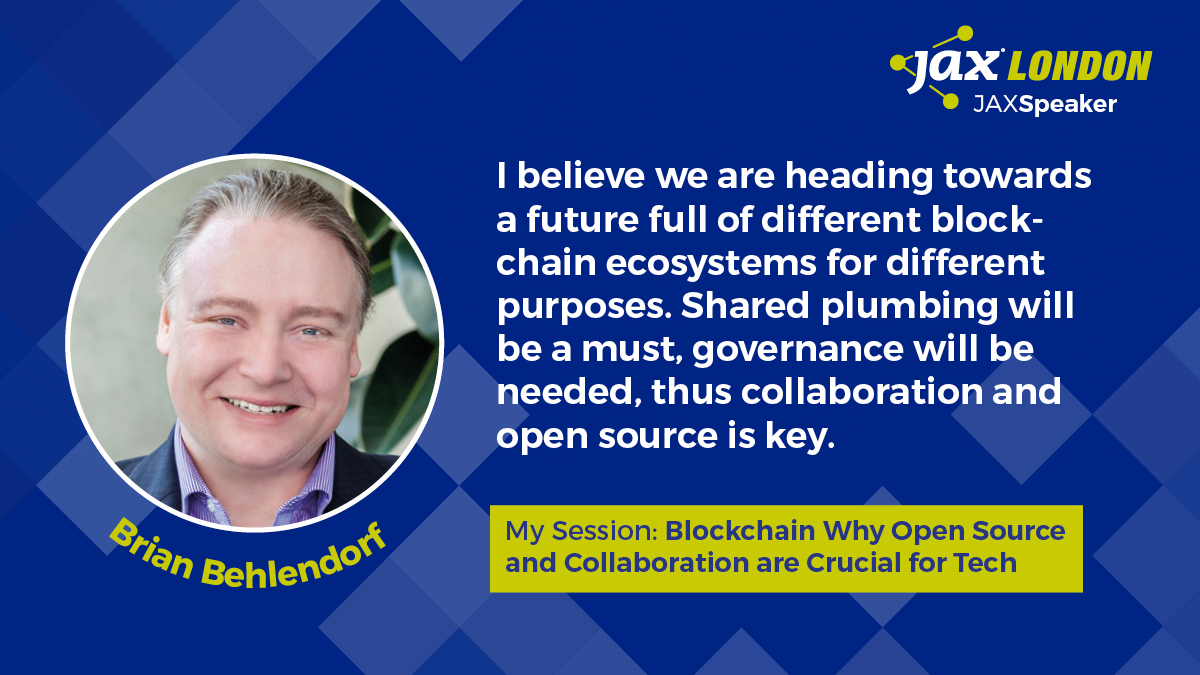 JAX London: The author of the report states that “since other applications can ‘piggyback’ the Bitcoin blockchain, the biggest impacts of Bitcoin may be found outside the currency domain.” Do you agree with this statement? Why/why not?

Brian Behlendorf: Crypto-currencies are one possible application on top of distributed ledgers, but not the only ones. At times, having a token generated like a currency will be a useful way to fund the consensus mechanisms, or even provide services from distributed apps on a chain. But it’s not the only way, as that accounting overhead adds costs for features that may not be as relevant in a permissioned chain setting. Some apps and “smart contracts” may be built on the Bitcoin chain, and even more on the Ethereum one, but I suspect the majority of transactions and smart contracts will be implemented on permissioned ledgers. I suspect Bitcoin’s utility as an uncensorable store of value will remain its biggest value.

JAX London: How important is the law in this context? Does the development of blockchain depend on it?

Brian Behlendorf: Technology does not eliminate geography. In the early days of the Web, we hoped to see it as a sovereign place, where ordinary analog-world laws either didn’t need to apply or could not be applied. Reality set in: turns out us humans are citizens of countries, and we benefit from that association as much as are constrained by it, and technology does not provide an escape plan from that. So laws around money laundering, know-your-customer, securities registration, and all sorts of things are likely to continue to apply.

Turning this around, there is substantial hope that one could use distributed ledger technology to automate many of the business processes that today fall to humans to implement, which introduces the potential for corruption, delay, and error. To do that, some laws many need to be reformed, some regulations made more test-able by algorithm. I’m encouraged to see so many regulators, sovereign banks, governments, and others working to build up their own competencies in this space so that as industries start to implement their business processes as blockchain applications, the regulatory and statutory hurdles can be addressed.

JAX London: Will blockchain eliminate the middleman? Why/ why not? What are the benefits and/or disadvantages of a world without middlemen?

Brian Behlendorf: Yes, the blockchain has the potential to reinvent any transaction that now requires going through a middleman, including finance, banking, contacts, and retail. Before blockchain, buying and selling required an intermediary, a bank or broker who housed your financial data at their computers. When you transfer funds or make a purchase, a banker connects to the bank’s system to record the change. Blockchain replaces this central system with a decentralized ledger of records. Each record is connected to the one before and the one after it, yielding a traceable history of every transaction. No record can be deleted and no existing records can be altered.
In the future, blockchain’s ability to remove the middleman means it could support “smart contracts” with conditional clauses programmed into the blockchain. This makes the contract self-enforcing, by transferring funds only when the conditions are met. Smart contracts could change entire fields of law. Blockchain wills could automatically take effect when a person dies, transferring inheritances without needing an executor. Replacing legal jargon with blockchain logic would require a different type of corporate lawyer with skills akin to a computer programmer.
A distributed ledger gives us the chance to go into those kinds of business networks. Even here, there is sometimes a role for the middlemen; there may still be a need for a central market actor to set the human-defined, human-enforced legal terms by which the participants on that network work together, as well as to define the specific technology stack those participants use to talk to each other. And maybe, that central market actor is needed to play policemen from time to time, as a kind of private market regulator perhaps, but not to have to be operationally the hub at the centre of this market place.

JAX London: Have we fully tapped blockchain’s value? If not, how can we do that?

Brian Behlendorf: I think we’re just on the edge of blockchain’s potential. There is no shortage of big visions for this technology as part of a new Internet technology stack that, if done right, it can have tremendous positive impact for the tech industry and society in general. Hyperledger’s role is to enable whatever happens up that stack by building a great, trustworthy, modular, Apache-licensed and transparently built foundation for the base of that stack. We are the plumbers and if we’re successful everyone gets to move on up the stack to more interesting, profitable, powerful applications. By developing a common distributed ledger technology that is shared, transparent and decentralized, the possibilities are endless.

Brian Behlendorf: My talk “Blockchain: Why Open Source and Collaboration are Crucial for Tech” will walk through Hyperledger and why it is aimed at bringing an open dynamic to the blockchain community in order to provide governance so that everyone can spend less time worrying about the plumbing and more time building new blockchain products and services. I believe we are heading towards a future full of different blockchain ecosystems for different purposes. Shared plumbing will be a must, governance will be needed, thus collaboration and open source is key. The Open Source communities behind Linux, Apache, and other successful platform technologies have demonstrated how to do this successfully. And the aim with Hyperledger is to do the same. 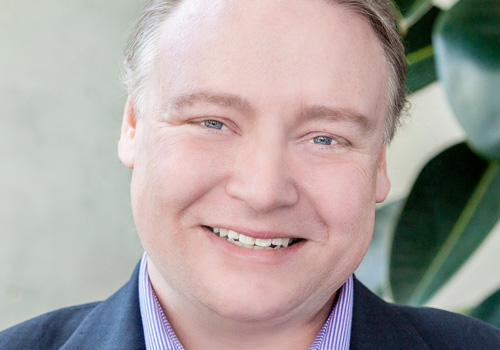 Brian Behlendorf is the Executive Director of Hyperledger. He was a primary developer of the Apache Web server, the most popular web server software on the Internet, and a founding member of the Apache Software Foundation. Brian is one of our speakers at JAX London 2017.

More about BLOCKCHAIN at JAX London 2017:
Blockchain: Why Open Source and Collaboration are Crucial for Tech
A Breathless Tour of Blockchain
Using Ethereum to build Java applications on the blockchain
Share Post: