This application was running on AWS Elastic Load Balancer, Nginx 1.18.0, Java 8, Tomcat 8, and Amazon Linux in AWS Elastic BeanStalk service (EBS). For the folks who are not that familiar with EBS, its high level architecture is below. 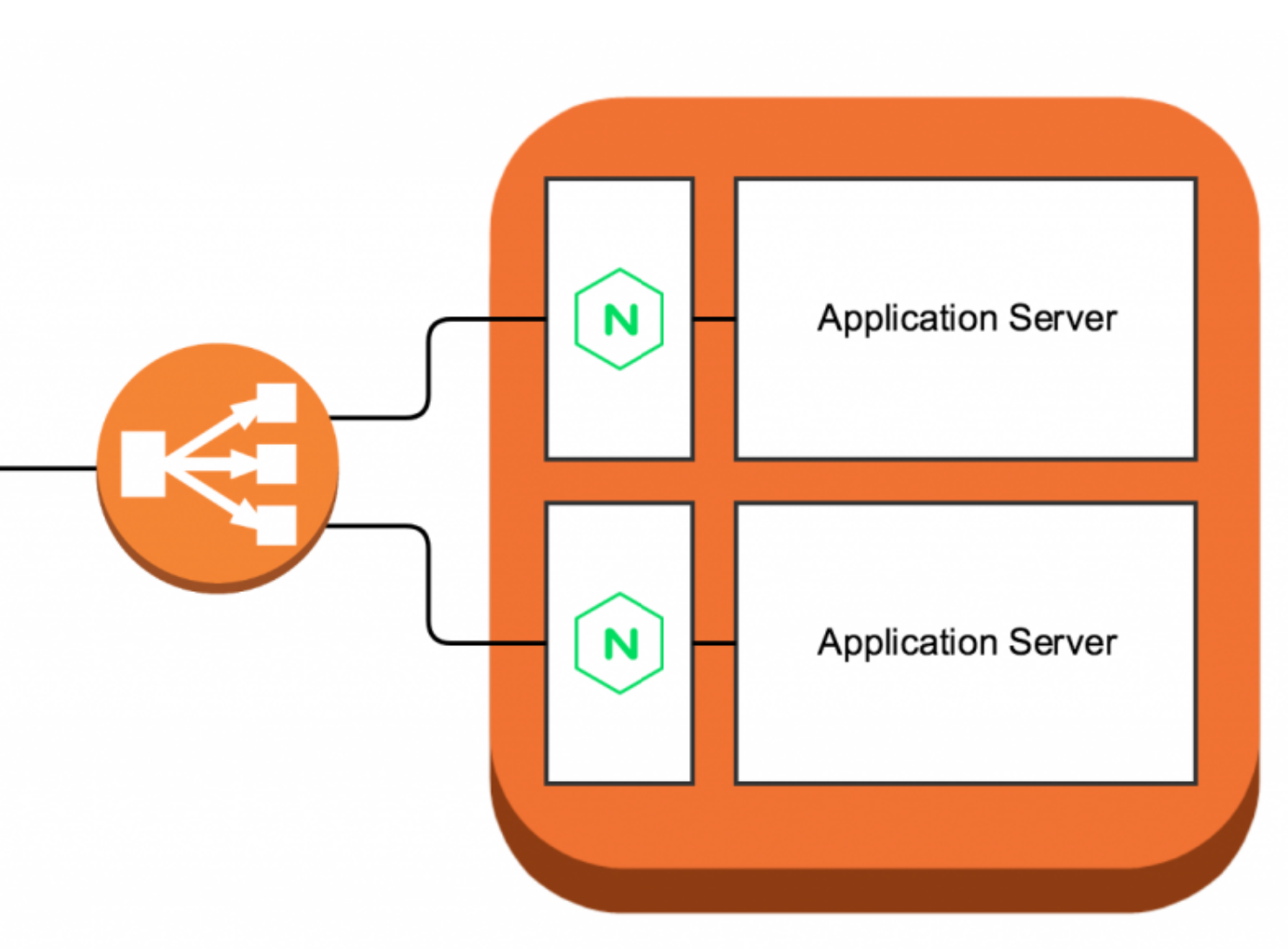 There is an AWS elastic load balancer in the forefront. This Load Balancer will distribute the traffic to a set of EC2 instances (which can be auto-scaled). Each EC2 instance will have a Nginx web server and a Tomcat application server. Requests sent by the Elastic Load Balancer are first handled by the Nginx server. Then the Nginx server forwards the request to the Tomcat server.

We first need to understand what this HTTP 502 bad gateway error means. This error is thrown by a web server/gateway/proxy server when it gets an invalid response from the backend end server to which it’s talking to.

Now the question is: there are three primary components in the EBS stack:

In these 3 components, which one is throwing HTTP 502 bad gateway error?

As per the HTTP 502 error definition, Nginx should be throwing this error only if it would have got invalid response from the Tomcat server. Thus, this clue helped us to narrow down that Tomcat server is the source of the problem.

Out of memory: Kill process or sacrifice child

In order to identify the source of the problem, we executed the open source yCrash script on the EC2 instance in which Tomcat server was running. The yCrash script captures 16 different artifacts from the technology stack, which includes: the Garbage Collection log, thread dump, heap dump, ps, top, top -H, vmstat, netstat, and more. We uploaded the captured artifacts into the yCrash server for analysis.

One of the artifacts that yCrash script captures is the kernel log file. In this log file, all the events that happened in the Linux kernel can be found. yCrash pulls out critical errors and warnings from the log file & presents them. The analysis report of the kernel log generated by the yCrash is below. 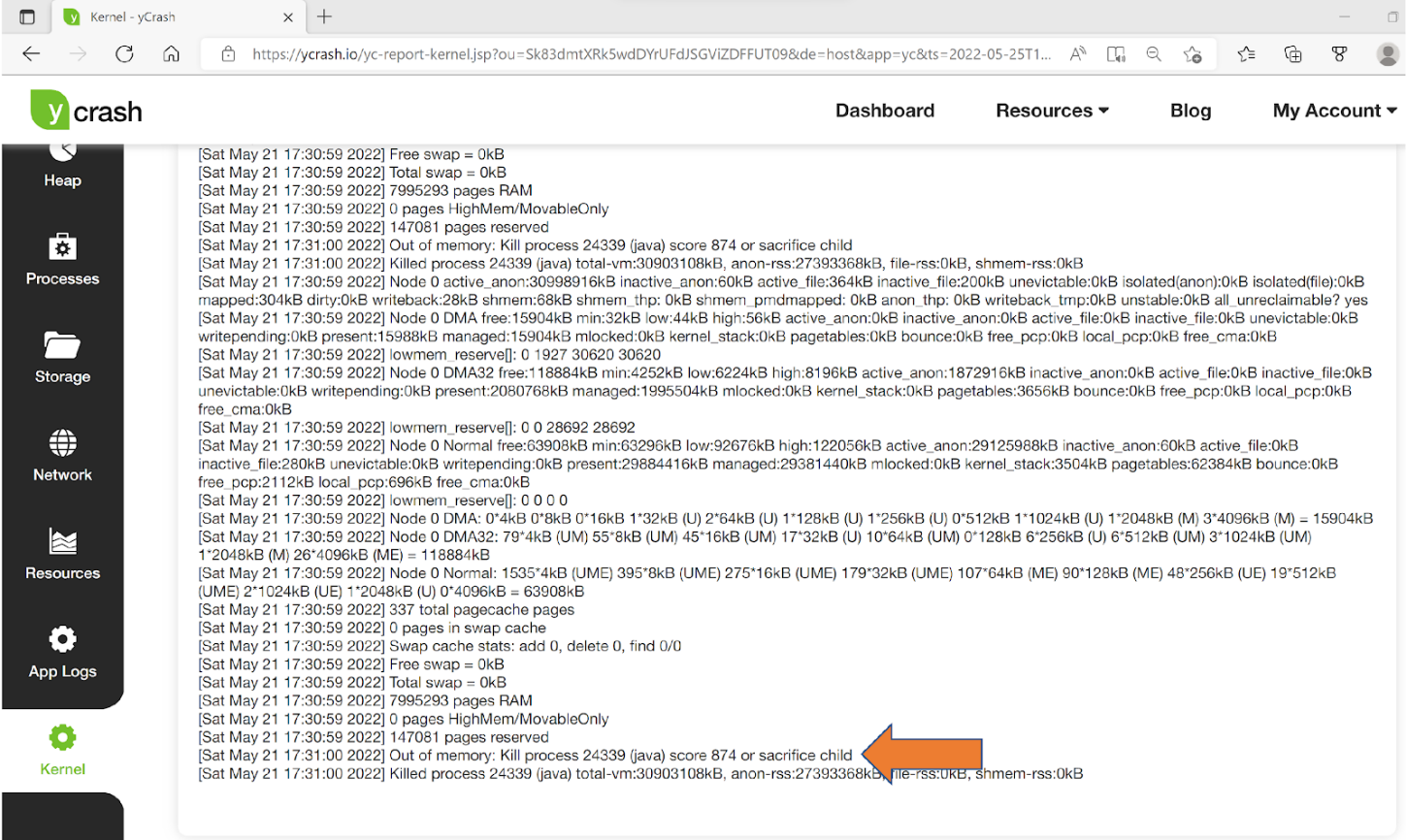 Please see the highlighted error message in the kernel log:

It indicates that the Tomcat server, which is a Java process, was terminated. The Linux kernel will terminate processes if their memory consumption exceeds the device’s RAM capacity limit. This is the exact scenario happening in this application as well. Whenever the application’s memory consumption goes beyond the capacity limits, the Linux kernel was terminating the Tomcat server.

Root cause – Lack of RAM

Now the question is: How can Linux terminating the Tomcat server result in an intermittent HTTP 502 bad gateway error? Shouldn’t a complete outage need to happen? It’s a fair question.

If you recall, this application is running on AWS Elastic Beanstalk (EBS) service. The EBS service will automatically restart the Tomcat server whenever it gets terminated. Thus, it’s hilarious. Linux is terminating and EBS is restarting the Tomcat server. During this intermittent period, customers were experiencing HTTP 502 bad gateway errors.