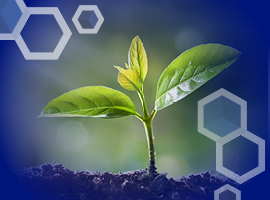 Spring Boot has always fascinated me. No more fiddling around with different versions of application servers and different environments between local development, testing and production. If you deal with Spring Boot, you quickly come across the term Auto Configuration - a term that most people interpret as "Spring Boot does it right somehow". But what exactly is right?

Spring Boot has always fascinated me. No more fiddling around with different versions of application servers and different environments between local development, testing, and production. When dealing with Spring Boot, you will quickly come across the term Auto Configuration – a term that most people interpret as “One way or another, Spring Boot does it correctly”. But what exactly is correct?

How does Spring Boot decide the infrastructure needed for a REST service or connection to a MongoDB? Let’s take a look behind the scenes of the Auto-Configuration concept and then look at how to create your own Auto Configurations.

Typically, Spring Boot and its features are explained in the form of tutorials in which the complete infrastructure for a REST service is provided in one class. Listing 1 shows such an example.

Of course, it is not a good idea to integrate the REST controller code directly into the start class. Nevertheless, it is an impressive example of the power and convenience of Spring Boot. What Spring Boot does here is quite remarkable. Based on the code in Listing 1 and the dependencies of the project, Spring Boot has to identify, configure, and deploy the necessary infrastructure: In this particular case a Web Application Server, the marshalling and unmarshalling of REST requests and, last but not least, the routing to the correct methods.

This is where most tutorials end and leave us impressed by the comfort that Spring Boot offers us. But why does the above code work? We will answer this question below. However, we need a good understanding of a basic concept: annotation composition.

Spring Boot uses various annotations in many places. If we take the example from Listing 1, we already see three annotations: @SpringBootApplication, @RestController, and @GetMapping. Annotations, therefore, seem to be an important part of Spring Boot. These annotations are based on a concept that is not specific to Spring Boot, but originates from the Spring Framework itself: “Meta-annotations” and annotation composition based on them.

The meta-annotation model (Box: “Digression: Java Meta Annotations”) is by no means an invention of the Spring Framework. Rather, it is a concept that Java itself offers.

Annotations can be applied to a wide variety of elements, including a type declaration (classes, interfaces, enums), fields, methods, and several other places. The @Target annotation limits what the annotation can be applied to. If, for example, you want to restrict an annotation to fields only, you can do this using @Target({ElementType.FIELD}).

By default, annotations are preserved in the .class file, but are not loaded at runtime. If you want to read the annotation using Reflection, you must define it using @Retention(RetentionPolicy.RUNTIME).

Simply put, @Documented defines whether the custom annotation appears in the Javadoc documentation of an annotated class. However, the meaning of @Documented goes beyond this and defines that an annotation is part of the public contract – and thus has the same value as the methods of a Public API.

On the trail of Spring Boot Magic 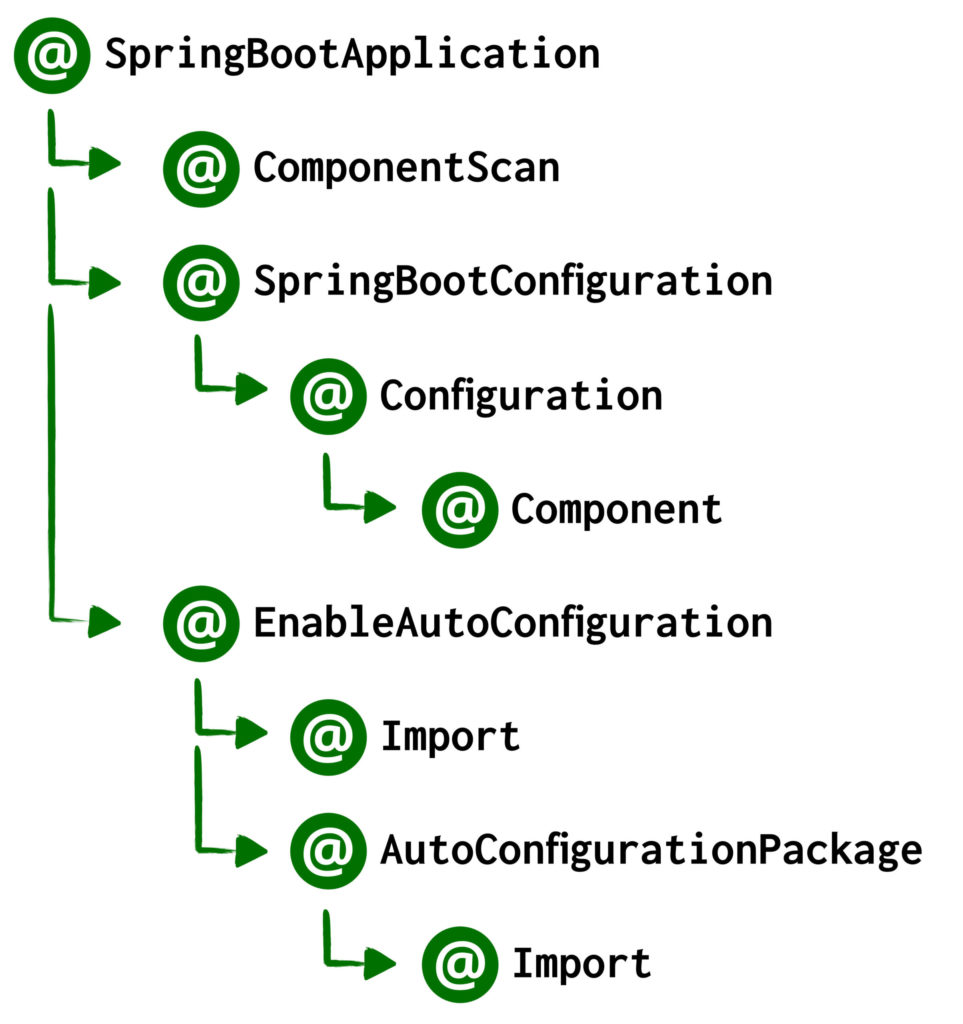 Figure 1: The Meta-Annotation Hierarchy of @SpringBootApplication

While the above annotations are interesting, we are looking for the magic of Spring Boot that automatically provides a suitable application configuration. There is one annotation that immediately catches the eye: @EnableAutoConfiguration. We have arrived at the core of Spring Boot magic! Of course, it’s not the annotation itself that does the magic, but an @Import that points to AutoConfigurationImportSelector. Usually, @Import is used to add more Spring configurations to the application context. However, in addition to classes annotated with @Configuration, @Import may also refer to classes that implement either ImportSelector or ImportBeanDefinitionRegistrar. Both are Spring interfaces that allow you to influence the structure of the application context.

It is important that there are not just one META-INF/spring.factories, but several. If you search for spring.factories in the IDE of your choice in a Spring Boot based project, you will find multiple files. The task of the SpringFactoriesLoader is to aggregate them and make them available transparently at runtime. For the caller, it is irrelevant whether the list of class names comes from one file or from several. This forms the basis for implementing your own Auto Configurations and starters.

Try to list all available Auto Configurations yourself. For this, we use the same logic as the AutoConfigurationImportSelector. The corresponding code example can be found in Listing 4.

A property is expected, which may also have a certain value. This condition is suitable, for example, for implementing feature toggles.

With these annotations, it can be expressed that a Bean of a certain type exists in the application context (@ConditionalOnBean) or that there are no Beans of this type (@ConditionalOnMissingBean). This is discussed in more detail in the section “Conditional Bean Definitions”.

If certain configurations or Beans are dependent on a certain Java runtime version, this can be expressed using this annotation.

This condition expects that resources are available. All resource paths supported by Spring are possible, for example, classpath:/index.html.

Bean declarations can be created with these annotations, depending on whether the application is a web application or not. With @ConditionalOnWebApplication you can additionally differentiate whether it is a servlet-based or reactive web application.

When I discovered Spring Boot for myself, my expectation was that Spring Boot would first provide the necessary infrastructure before my Bean declarations were considered. Interestingly, the concept is the other way around. First, the application and the application context are loaded, and then Spring Boot looks (more precisely: looks at the Auto Configurations) at what is still needed.

Create your own Auto Configurations and starters

Let us start with a simple application where the setup for the SSH server is implemented statically (Listing 5).

The application is simply structured. It is already a Spring Boot application with the declaration of two Beans. One Bean is the SshServer itself. Here the server is configured with a port, the authentication is initialized and a so-called ShellFactory is set. The ShellFactory provides the user with an interactive shell after a successful SSH connection setup. MINA does not specify how this shell is implemented. Since the development of a complete bash equivalent would go beyond the scope of this article, we use a NoopShellFactory (Listing 6) in this example, which simply outputs “noop” when called and closes the connection.

If we now want to equip another application with an SSH server, we have different options: either copying the code into the new application or extracting the logic and making it reusable. Of course, we don’t want to copy the code, but we decide to use a reusable auto configuration.

For Spring Boot to find the Auto Configuration, it must be entered in META-INF/spring.factories:

A @Bean declaration annotated with @ConditionalOnMissingBean is only considered if a declaration does not already exist in the application context. In concrete terms, this means that applications contain an SSH server by default, which uses the NoopShellFactory. However, applications that want to use a specific implementation of the ShellFactory only need to declare a Bean of the type ShellFactory.

So far we have not yet looked at the starters and their importance. But after we have created the first own Auto Configuration, now is the right time to do so.

Auto Configurations take care of the configuration of libraries if they are located on the classpath. A starter takes care of exactly this classpath by taking over dependency management. We need the dependency of the actual library (in our example sshd-mina) and the library that contains our recently created MinaSSHDAutoConfiguration. The Spring Boot documentation recommends splitting the dependency into two modules: One is the respective starter, the second contains the Auto Configuration. Figure 2 shows the exemplary implementation.

Thus, the Spring Boot application defines a dependency on the mina-sshd-spring-boot-starter. And in the spirit of Spring Boot, this is the only thing the application developer has to do in order to benefit from Auto Configuration and dependency management. The starter has dependencies to all libraries relevant for this starter (here: sshd-mina) as well as the appropriate autoconfigure modules. This structure allows a clear separation of responsibilities: The starter is responsible for dependency management, the autoconfigure module for providing the autoconfiguration.

Mina offers a number of different libraries based on the Mina core library. Take for example the support for SFTP provided by Mina. Since this is also based on the SshServer, it makes sense to implement the corresponding Auto Configuration in the same module as MinaSSHDAutoConfiguration (in mina-autoconfigure). The dependency on the necessary library is then also declared as optional and finally, a suitable starter is provided. The result is a module structure as shown in Figure 3.

This allows a developer to decide whether they need only SSH or SFTP as well – primarily by setting a dependency. Which Auto Configuration is activated is primarily decided by the classpath and by the annotation @ConditionalOnClass.

The Auto-Configuration concept is as simple as it is ingenious. Once you have started to think and develop in the structure of Auto Configuration and Starter, there are many possibilities. Copied code (which we all know exists far too often) can be reduced and unified. Corporate conventions can be implemented in Starter and Auto Configuration and no longer just in long, rarely updated procedural instructions.

But it does not only end with Auto Configurations and starters. Everyone who has developed with Spring Boot knows the application.yaml or application.properties. They can be used to configure parameters such as ports. We have also set a port in our SSH server code example. Wouldn’t it be extremely helpful if you could easily change this port using an entry in the application.yaml? This is exactly what Spring Boot has another concept for, with features like validation and type safety, called “Externalized Configuration”. We will discuss this concept in the next part of this series.

Now we have created our own Starter and Auto Configurations, and it would be really great if you could get Spring Initializr to offer your own starters. And typical for the Spring ecosystem: This is also possible! How exactly, we will see in the second part of this article series.

François Fernandès is Senior Solution Architect at Digital Frontiers. He has many years of experience in Java product development and the associated use of Spring and Spring Boot.